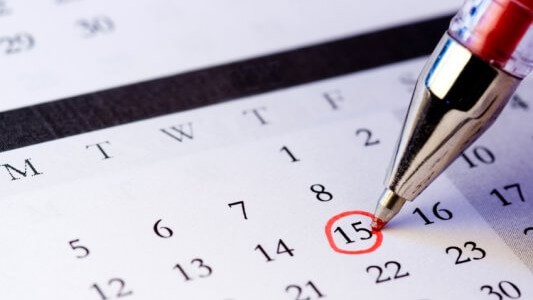 Activities at Beth Shalom for the next few weeks

A summary of the Service Roster for our community.

Israel is in Europe too

The United Kingdom has recently been totally absorbed with the Jun 23rd referendum on whether the UK should Remain or Exit the European Union.  The arguments in favor of the Remain camp appear to hinge on its claim that the UK’s economy would collapse if it terminated its EU membership.  UK citizens should not panic, however, but instead take a closer look at the “Israeli model”.
The modern State of Israel has been an “adopted” member of many European entities for some time – mainly due to the unwillingness of surrounding Arab countries in Asia and Africa to accept the Jewish State into “their” continents.  Israel is not a member of the EU, but the current relationship has many mutual benefits.  Using news articles since the beginning of this year, here are some examples of how the relationship benefits both Israel and Europe.
Trade / Economy / Business
Israel has just joined the European Organization for the Safety of Air Navigation (Eurocontrol).  Eurocontrol provides advanced control and navigation aviation services for managing and planning air traffic flows over European airspace to reduce delays in flight times.  In another important European transport project – Fresh Food Corridors (FFC), Israel organized the first ever “reefer” (temperature-controlled containers) block train loaded with Israeli fruit and veg from the Slovenian port of Koper to Rotterdam. It arrived 6 days earlier than ships that currently sail non-stop from Israel to Rotterdam.  And Israel is to connect its power grid to continental Europe via a 1,518 km subsea power cable, known as the EuroAsia InterConnector. It will allow Israel to sell its excess electricity generated from natural gas to anywhere in mainland Europe.
Israel’s hi-tech startups are extremely successful in Europe. Eco Wave Power has just completed the installation in Gibraltar of Europe’s first grid-connected wave-energysystem.  Stratoscale has won a Red Herring Europe 2016 award for its solution that can get you up and running using Cloud services in a few minutes, whatever computer hardware your company currently uses.  Israel’s Pashut Yarok is exporting “shockpads” – plastic foam safety surfaces for children’s playgrounds – to countries in the European Union. Meanwhile, Israel’s Amiad has opened its first UK office, in Swansea – home of Welsh Water, to support increasing demandin the UK and Europe.
Israeli startups frequently win European competition prizes.  Israel’s Capitalise won one of five Best in Show awards at London’s FinovateEurope2016.  The Capitali.se platform uses Artificial Intelligence (AI) to read the text of an investor’s investment strategy and convert it into executable market trading instructions.  Staying with in financial arena, European investors are so keen to invest in Israeli companies that International finance giant BlackRock launched an exchange-traded-fund(ETF) that allows them to invest directly in Israel’s top 25 listed companies.
Medical
Europe’s health owes much to Israel’s unique relationship with the continent.  Hardly a week goes by without an Israeli treatment or medical device receiving CE approval.  The latest include LifeSeal, the no-leak sealant solution for patients who have undergone gastrointestinal (GI) surgery.  Another is the neuroADtranscranial magnetic stimulation (TMS) and cognitive training from Israel’s Neuronix that is used to treat Alzheimer’s sufferers.
Sometimes Israel’s proximity to Europe makes medical approval easy – which is why Australian, Canadian and US kids travel to Europe (and Israel) for the ApiFixnon-fusion treatment of their Adolescent Idiopathic Scoliosis (twisted spine).
Israel has just become the first country outside Europe’s geographic borders to be accepted as a full member of the European Federation of Crohn’s and Ulcerative Colitis Associations (EFCCA).
Science
Israeli technical expertise really is out of this world.  Israel’s Windwardtracks vessels entering Europe and identifies any that broadcast a fake identity.  Israel has been involved with the European Space Agency’s ExoMars mission, from day one.  Israel’s Rafael Industries made the vital hydrazine thrusters for the Schiaparelli landing module, which on 19th Oct will slow the decent of Schiaparelli to just 2 meters above the Mars surface.
Hagihon – Jerusalem’s water company – has been awarded a key role on the 4-year EU project to improve governance and social awareness of water environmental challenges.  It involves setting up a Digital Social Platform to share details of water scarcity, security, quality and water consumption-related issues.  Israeli startups receive dozens of grants from the EU’s Horizon 2020 program.  One such is Electroad, developer of Dynamic Wireless Power Transfer (DWPT) that will charge electric buses from the road they are being driven on.  No need for a battery or charging spots.
Sport
Tiny Israel often makes a big splash at European sports events.  Gal Nevo took home the silver medal in the 200-meter individual medley at the European Swimming Championships in London.  Alex Shatilov claimed his sixth career medal (a bronze) at the European Artistic Gymnastics Championships in Bern, Switzerland.    Ron Atias (ranked 80 in the world) won the taekwondo under-58 kg silver medal at the European Championships in Montreux, Switzerland.  Or Sasson and Timna Nelson-Levy won silver and bronze respectively at the European Judo Championships.  But the biggest recent successes were gold, silver and bronze medals for Israel’s rhythmic gymnastics team at the European Championships in Israel.
Finally, 8,000 Jews from Francedecided on their own EU-Exit last year as Aliya from Western Europehit record levels.  UK Aliya was also up by 25%.  But as Superstar Elton John told 40,000 ecstatic fans at Tel Aviv’s Yarkon Park, there could have been no nicer place for him to open his eight-week European tour.
Israel – it’s practically holding Europe together!
Michael Ordman writes a free weekly newsletter containing positive news stories about Israel.
www.verygoodnewsisrael.blogspot.comand a searchable archive www.IsraelActive.com
For a free subscription, email a request to [email protected]

Israeli achievements you cannot Pass Over

All Will Be Revealed