MST#249 on loan from the Memorial Scrolls Trust, London
;

How did Beth Shalom come to have a torah scroll which once was used in the Czech community of Humpolec (pronounced Humpoletz)?

During the later part of the 1990s it became obvious that the scroll in use at Beth Shalom for services was becoming less and less kosher.  Paul Marks, President at the time began to search for an appropriate scroll for our congregation.  He approached the Memorial Scrolls Trust in London as he knew that they had a collection of scrolls which had come from the prewar Jewish communities of Czechoslovakia.  The scrolls could not be returned to their communities as under the Communists religious observance of any kind was frowned upon.  Also there were no longer any Jews living in the towns and cities where they had once been so much a part of the cultural and economic fabric of society.

These scrolls, Paul knew, were sometimes made available to diaspora communities and in New Zealand there were already 3 – one at the Auckland Hebrew Congregation, one at Temple Sinai, and one, sent originally to Hawkes Bay which is now with the Wellington Hebrew Congregation.  An approach was made and the answer came from the Czech Scrolls Trust, saying that there were no longer any kosher scrolls remaining.  Negotations took place, resulting in the arrival of our scroll from Humpolec on the condition that it be loaned to our congregation to be dedicated as a memorial to the Holocaust.  Survivor Fred Silberstein gave us his treasured tallit from Auschwitz to drape over the scroll. The dedication service was held on 4th May 1997.

What do we know about the Humpolec Jewish community during World War II?

Life under the Germans

Humpolec (its German name is Gumpolds) can be found south east of Prague, about 90 minutes’ drive away.  Jews had been present in the town since the 1300s, the population waxing and waning but at its height in the later 18th and 19th centuries. By 1939 the population had dwindled less than 100 as Jews joined the drift of people to the larger centres which offered more opportunity in commerce, education, community and cultural life.

On the eve of war the total population was about 5,000, of which 148 were Jews.  During the Occupation Kolin, as a district centre, became an important city, the residence of a regional commander, Gestapo and police.  The fate of the Jews of Humpolec was the same as those of its larger neighbour Kolin.  The community in Kolin had to advise the sister communities of all the regulations being issued by the Oberlandrat and the Central Office for Jewish Affairs in Prague as increasing restrictions were put in place.

What became of the Jews of Humpolec?

We know from the records of the Jewish Museum in Prague that 63 Jews were deported from Humpolec.

The Jews of Humpolec were deported in 2 transports, both to Theresienstadt.

On 12 June 1942, 58 Jews from Humpolec arrived in Theresienstadt from Kolin having left from the Zalibi railroad station.  On 13 June 5 more arrived.  Most of those Humpolec Jews were sent 3 days after their arrival on transport Aak to death camps in Trawniki, Treblinka or Auschwitz where they were killed.

How did the Torah scrolls from Czechoslovakia end up in London?

The theory that the Nazis had collected all the scrolls and other Jewish artefacts together in Prague to form part of a museum to an extinct race has recently been discredited.  In fact, once the Sudentenland was given to Hitler and the synagogues began to be destroyed, it seems that Jews themselves arranged to try and save what they could and that the Nazis gave permission for Jewish artefacts to be sent to Prague.  Here, over 100,000 items were put under the control of 8 archivists, every item labelled, numbered and indexed under the guidance of Josef Polak, former director of the Museum in Kosice.  Over 40 warehouses were required to store all the items. Only two of the archivists survived.

During the first years of the communist regime any religious observance was difficult and the scrolls lay collecting dust in the disused Michle synagogue in a derelict area of Prague.  Prague, with a 1940 Jewish population of 54,000, by 1947 had only 8,000 Jews and many of these left as they were able.  The torah scrolls languished in obscurity until an American art dealer from London, who made regular purchasing trips to Czechoslovakia, was approached and asked if he would be interested in buying some Torah Scrolls.  After being taken to see the scrolls he rushed back to London and spoke with his friend Rabbi Reinhardt about the scrolls.  Together they decided to try and rescue the scrolls.  A benefactor from Rabbi Reinhardt’s community of Westminster synagogue, Ralph Yablon, paid the $US30,000 required to secure the scrolls.

What was the condition of the scrolls?

The scrolls had been neglected for 25 years and so many were in a sorry state – blood stained, damp, torn, falling open, stacked without respect or order. 2 scrolls were wrapped in a woman’s garment. Another was tied with a small belt from a child’s coat. One day a scribe arrived, out of the blue and offered to work on the scrolls.  His name was David Brand and he worked heading a team repairing the scrolls for 27 years.

Today the Czech Torah Trust operates based at Westminster. Over 1400 of the Scrolls have been entrusted on loan to Jewish and non-Jewish organisations around the world, including one at the White House. For more information check out http://www.memorialscrollstrust.org/ 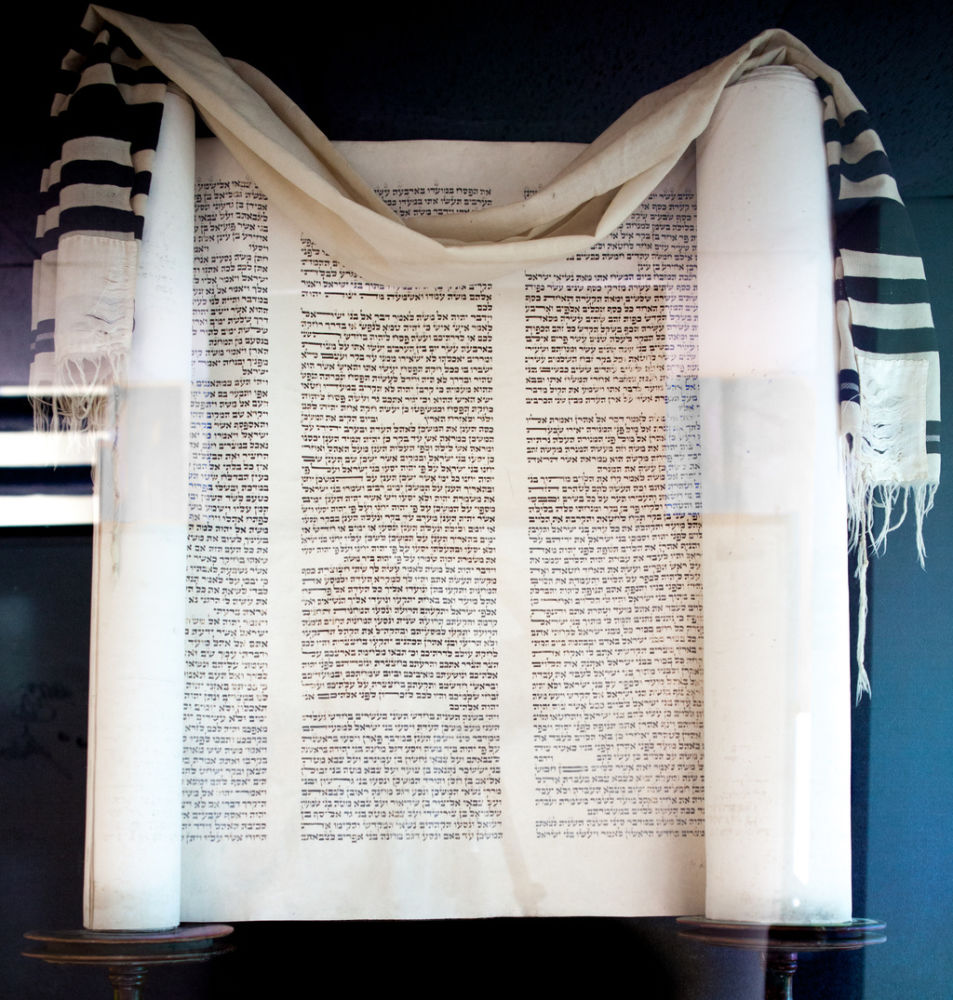