Success to Ilan Wittenberg across the ditch!

Congratulations to Ilan Wittenberg on winning four Awards out of four print entries at the 2019 Australian Professional Photography Awards by the AIPP!

Established in 1963, AIPP promotes the profession of photography, enhancing the skill and knowledge of professional photographers. APPA is largest awards for professional print photography in Australia. A panel of five expert judges are looking for exceptional images that inspire and impress: images that exhibit visual and emotional impact, innovation and creativity. APPA is awarding prints that demonstrate excellence in skill, craftsmanship and conceptual development of an idea. Click here to see more of Ilan’s work. 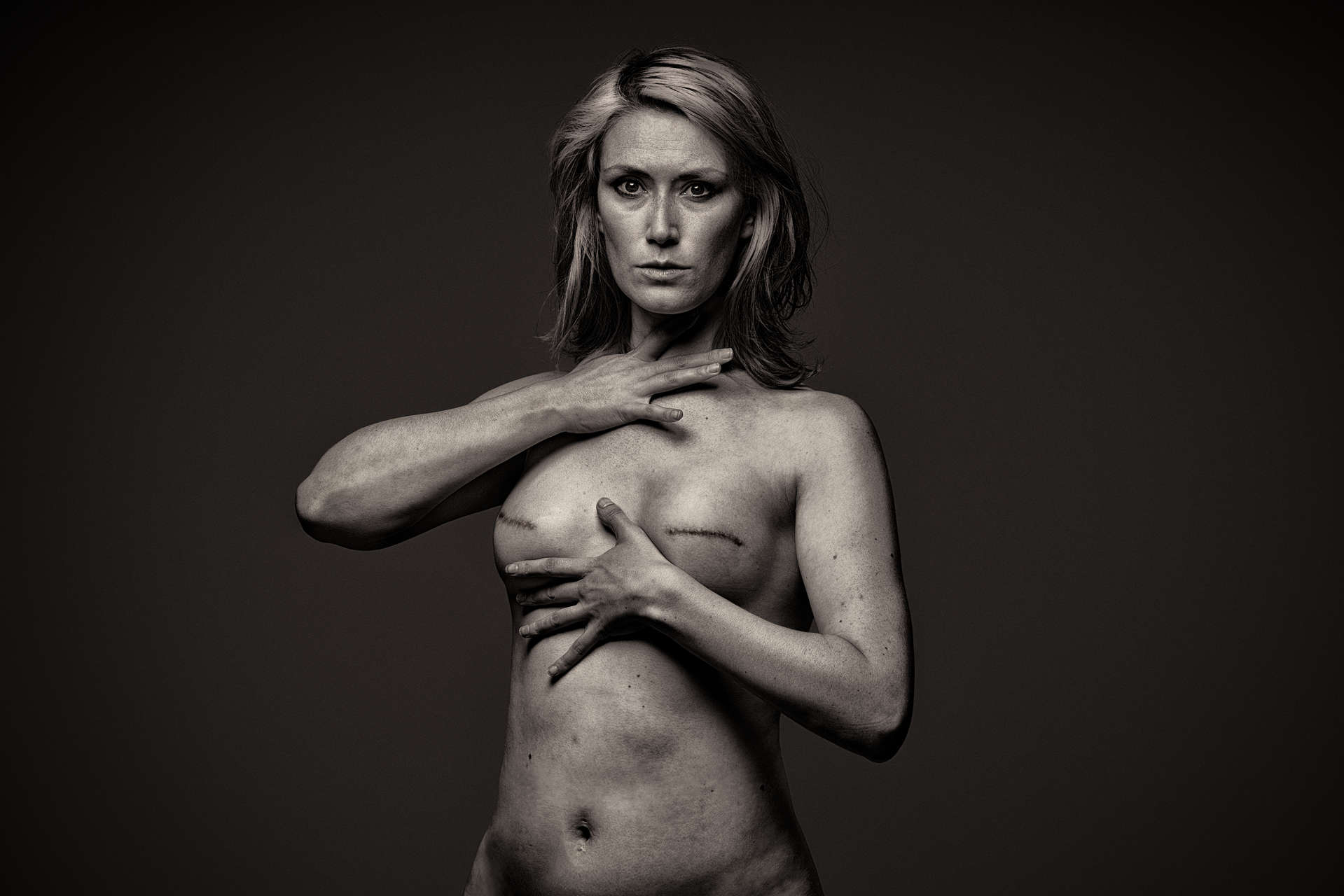 ”I was diagnosed with grade 3 aggressive breast cancer in January 2016. My family has the BRCA1 mutation. Each child of a carrier has a 50% chance of inheriting the gene and each carrier has extremely high risk of cancer. Five of my six great aunts died of cancer by their forties. I had four different chemotherapy drug treatments as well as radiation treatment. Luckily, I had a positive response to treatment and the 5 cm tumour was totally destroyed. I underwent bilateral mastectomy with a two phase silicon reconstruction as well as a total Salpingo-oophorectomy. I also had a hysterectomy surgical operation to remove my uterus. Knowing I have beaten what by nature ought to have been certain death, gives me a sense of immediacy and urgency in life. There is no sense in waiting or hesitating because there is no guarantee of tomorrow!” 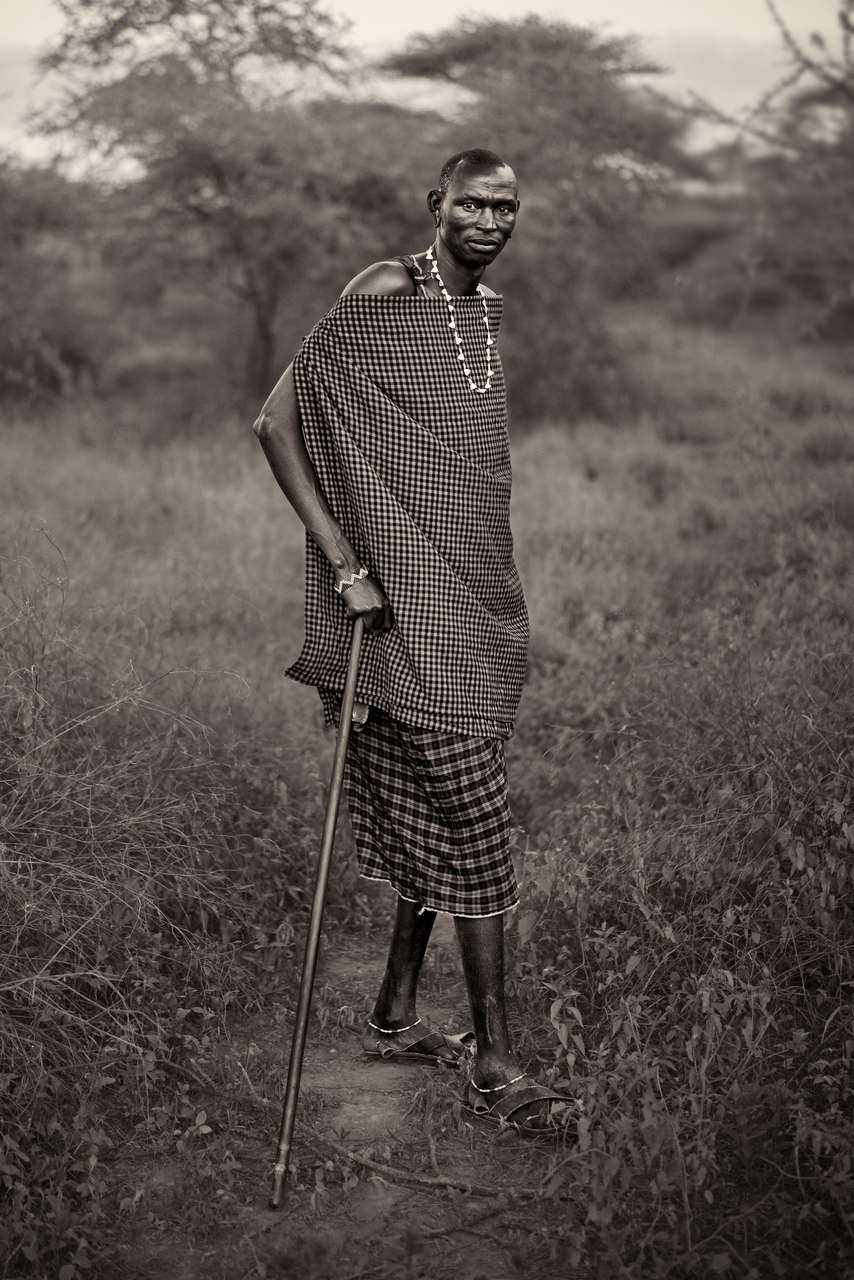 The Maasai inhabit the African Great Lakes region and arrived via the South Sudan. The Maasai are famous for their fearsome reputations as warriors and cattle-rustlers. Maasai society is strongly patriarchal in nature, with elder men, sometimes joined by retired elders, deciding most major matters for each Maasai group. A full body of oral law covers many aspects of behaviour. Formal execution is unknown, and normally payment in cattle will settle matters. An out-of-court process is also practiced called ‘amitu’, ‘to make peace’, or ‘arop’, which involves a substantial apology.

The piercing and stretching of earlobes is common among the Maasai as with other tribes. Various materials have been used to both pierce and stretch the lobes, including thorns for piercing, twigs, bundles of twigs, stones, the cross section of elephant tusks and empty film canisters.

As a historically nomadic and then semi-nomadic people, the Maasai have traditionally relied on local, readily available materials and indigenous technology to construct their housing. The traditional Maasai house was in the first instance designed for people on the move and was thus very impermanent in nature. The houses are either somewhat rectangular shaped with extensions or circular, and are constructed by able-bodied women.

The structural framework of a typical hut is formed of timber poles fixed directly into the ground and interwoven with a lattice of smaller branches wattle, which is then plastered with a mix of mud, sticks, grass, cow dung, human urine, and ash. The cow dung ensures that the roof is waterproof. The enkaj or engaji is small, measuring about 3 × 5 m and standing only 1.5 m high. Within this space, the family cooks, eats, sleeps, socializes, and stores food, fuel, and other household possessions. Small livestock are also often accommodated within the enkaji. Villages are enclosed in a circular fence (an enkang) built by the men, usually of thorned acacia, a native tree. At night, all cows, goats, and sheep are placed in an enclosure in the centre, safe from wild animals.

Shúkà is the Maa word for sheets traditionally worn wrapped around the body. These are typically red, though with some other colours such as blue and plaid patterns. Pink, even with flowers, is not shunned by warriors. One piece garments known as kanga, a Swahili term, are common. Maasai near the coast may wear kikoi, a type of sarong that comes in many different colours and textiles. However, the preferred style is stripes.

Many Maasai in Tanzania wear simple sandals, which were until recently made from cowhides. They are now soled with tire strips or plastic. Both men and women wear wooden bracelets. The Maasai women regularly weave and bead jewellery. This beadwork plays an essential part in the ornamentation of their body. Although there are variations in the meaning of the colour of the beads, some general meanings for a few colors are: white, peace; blue, water; red, warrior/blood/bravery.

The Maasai are known for their intricate jewellery. Beadworking, done by women, has a long history among the Maasai, who articulate their identity and position in society through body ornaments and body painting. Before contact with Europeans, the beads were produced mostly from local raw materials. White beads were made from clay, shells, ivory, or bone. Black and blue beads were made from iron, charcoal, seeds, clay, or horn. Red beads came from seeds, woods, gourds, bone, ivory, copper, or brass. When late in the nineteenth century, great quantities of brightly coloured European glass beads arrived in Southeast Africa, beadworkers replaced the older beads with the new materials and began to use more elaborate colour schemes. Currently, dense, opaque glass beads with no surface decoration and a naturally smooth finish are preferred. 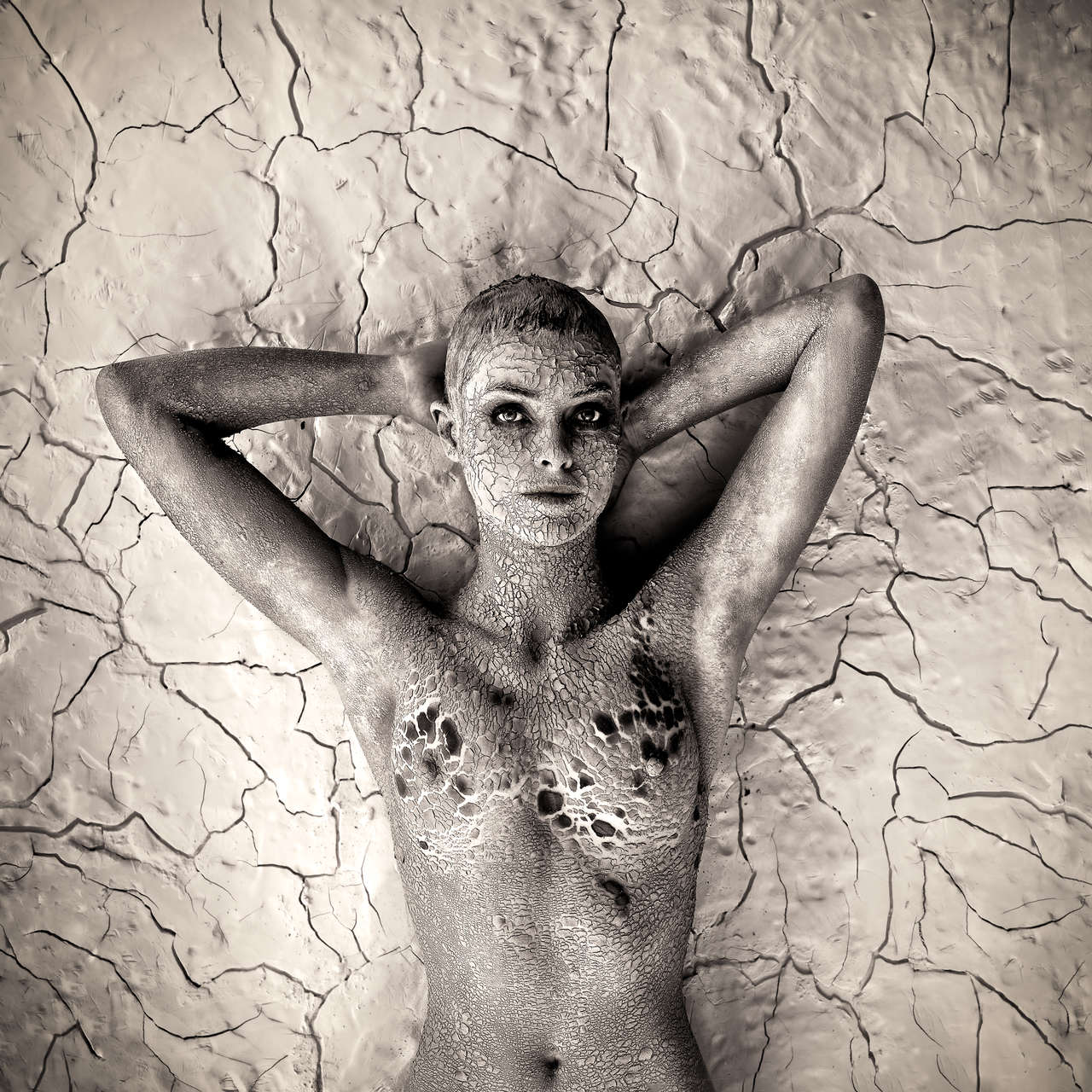 This image represents drought. Climate change has brought drastic changes to many regions on earth. Global warming is causing severe drought. Huge areas that were once fertile are no longer suitable for agriculture. Millions of people are already impacted by these catastrophic changes. A deadly civil war in Syria has erupted when the government decreased the allocation of irrigation water to farmers. Vast regions in Iran are no longer cultivated and the population is helpless. They cannot grow any fruits or vegetables. The earth is dry and so is the woman’s skin, both are cracked. The woman is bare, she is completely exposed – just like our land. This is a desperate call to stop the devastating impact of industrial pollution on our planet. 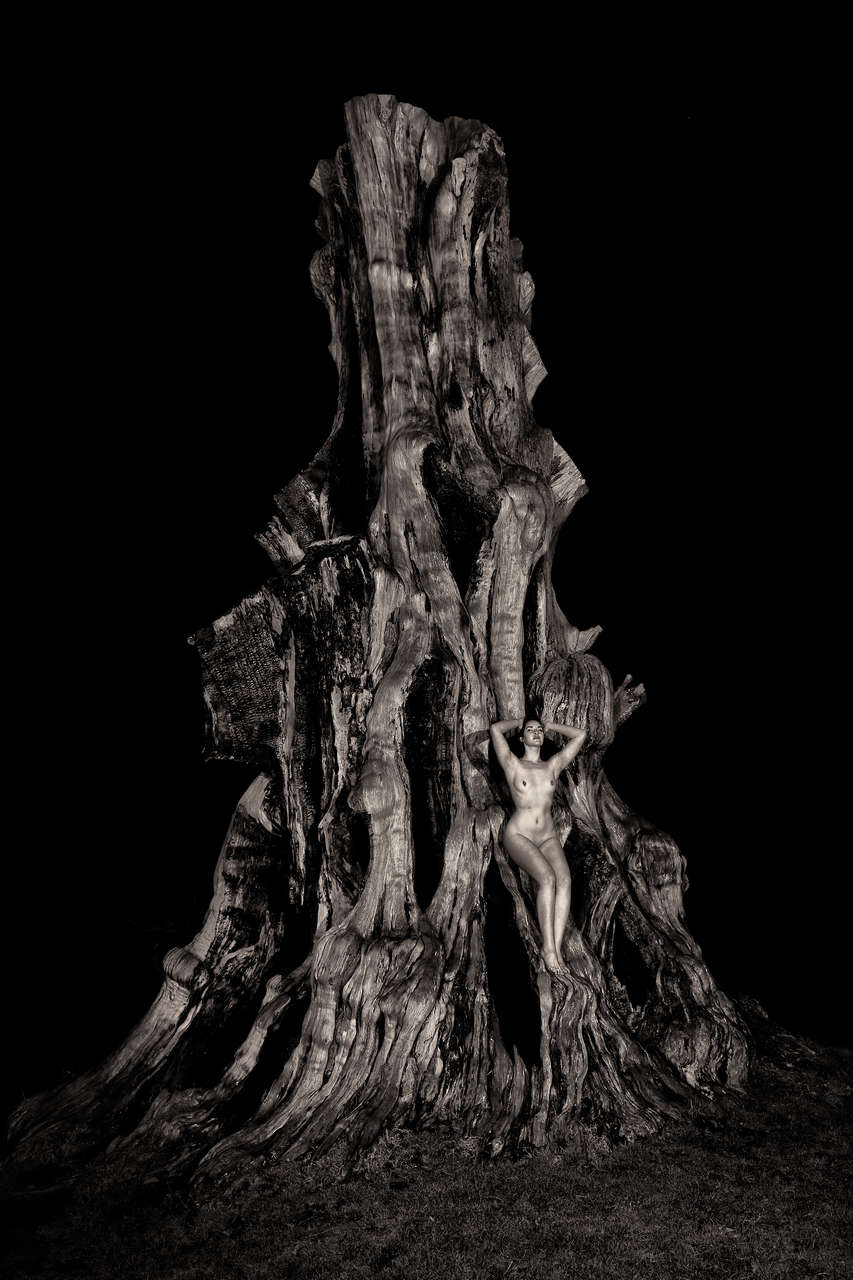 Woman on a Tree is an exploration of opposing forces: life and death, young and old, power and vulnerability, soft and hard. Its pertinence lies in the symbolism of contradictions. Contradictions are all around us. Humans continue to exploit and overwhelm the natural environment with industrial pollution despite global warming, and its ever present impact on earth. The dead tree, scarred from fires, represents mother nature’s vulnerability to the forces we inflict upon her. I explore the paradox that humanity needs trees to live, yet we keep cutting them down. Despite the beautiful environment being subject to incessant abuse, western society considers itself to be thriving, ignorant to greater issues. The interaction between the human form and the tree is like a love dance. An intimate moment, where the body caresses the tree and with that, offers a gentle apology, a moment of compassion. Humans can empathise with nature’s scars. We have scars too. Some are visible and others are hidden: scars from neglect, abuse, addiction or violence. We have the power to conceal our scars yet the tree is forever exposed. This woman is bare, reflecting the state of the tree. Demonstrating that despite paradoxical contradictions which taint our relationship with earth, we can still find comfort, as she does here. Comfort in one’s skin and comfort in the company of nature. The story that accompanies this piece invites the viewer to reflect on their own identity politics, creating a moment to contemplate our complex relationship with nature. I depict the woman in her most natural state, one with nature. By embracing the human form in all its glory and portraying the woman and tree side by side, it is my vision that the viewer embraces nature as a precious ephemeral organism that needs to be cherished and protected.